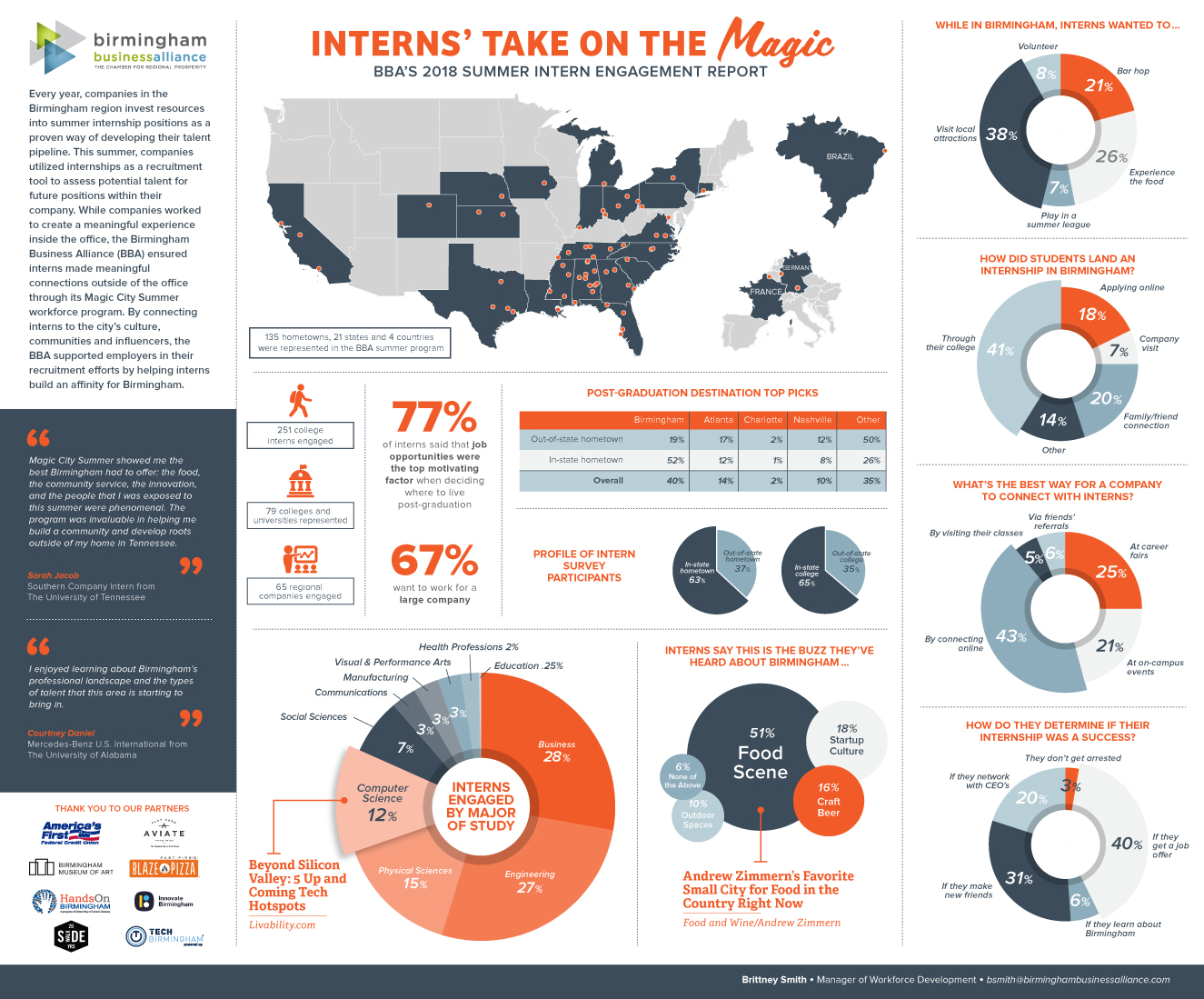 Summer has officially ended, and so has this year’s Magic City Summer intern program.

Findings from the program’s 251 summer interns gave insight about the perceptions of this year’s participants, who were connected not just to the companies they interned with but also to Birmingham. The participants were from 135 hometowns, 21 states and four countries and represented 79 different colleges and universities.

Magic City Summer is a free summer program for interns at companies across the Birmingham seven-county region and part of the Birmingham Business Alliance’s Talent Recruitment Program. The program helps talent build an affinity for Birmingham, which in turn improves employers’ chances of retaining employees. It is a series of free social events that connected summer interns to Birmingham’s culture, communities and influencers.

“We use this program as an opportunity to gather insight,” said Brittney Smith, the BBA’s Manager of Workforce Development and coordinator of Magic City Summer. “We make this data available to employers as they build out their internship and co-op programs. We give companies feedback, information and intel on what’s going on in the minds of interns they are invested in and hoping to recruit. If Birmingham wants to compete with other cities, we have to understand what students want so we can be competitive and attract them here.”

Here are some key findings from the interns surveyed this year:

That said, it’s not just about getting a job anymore, Smith said.

“It’s about ‘do I feel connected to the community? Do the company’s core values connect with mine? How can I use my summer not only to impact my company, but also the city and the region?’” she said. “Students go back to their respective universities and will talk about the experience, good or bad. We have to use the summer while interns are here to make a good impression.”