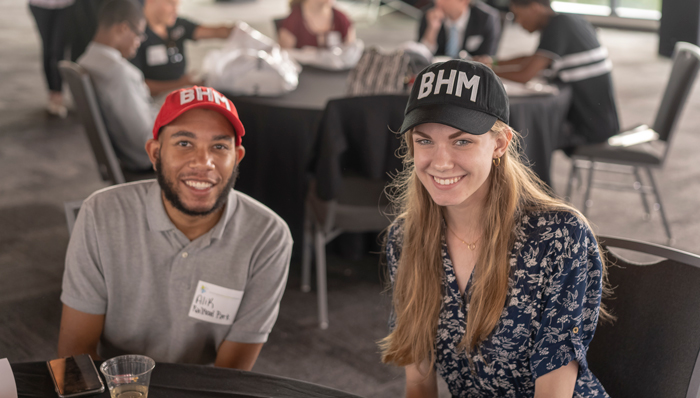 When Regions Financial Corp. hires people, the company is interested in diversity, and not just race and gender. Alabama’s only Fortune 500 company looks to fill its talent pipeline at its headquarters in Birmingham with local people, but also with individuals from outside of Birmingham and the state of Alabama.

Though the company has an extensive onboarding program for its employees, it turns to the Birmingham Business Alliance’s (BBA) OnBoard Birmingham program to help employees from other cities, states and countries feel at home in the Magic City.

“We do a great job of onboarding people to Regions, but when it comes to onboarding people to the community, that’s where OnBoard Birmingham fills a need and adds value,” said Jon Studstill, senior vice president in talent management for Regions. “It’s vastly important.”

The BBA’s OnBoard is a five-month leadership development program for young professionals that seeks to address a retention issue, which was highlighted recently in the Building (it) Together report, which stated that talent typically leave Birmingham between three to five years after arriving, many because of lack of opportunities. Now in its fifth year with a cohort of over 70 young professionals aged 24 to 35, OnBoard participants learn the history of Birmingham, are immersed in the city’s culture, network and serve the community they now call home. All participants are either new or returning to Birmingham. 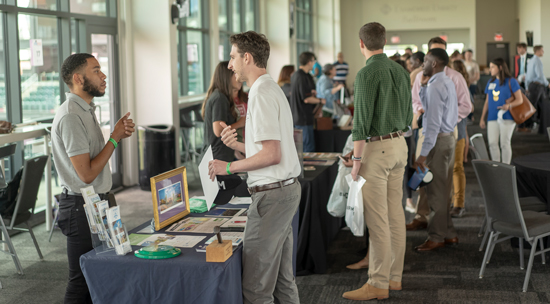 “We help to sell the Birmingham community and integrate participants into the community and culture here,” said Brittney Smith, the Birmingham Business Alliance’s manager of workforce development and OnBoard coordinator. “It gives people the opportunity to be in the same room as magic makers and influencers, connects folks to what they are passionate about and allows them to give back and serve the greater community by aligning participants with something they are interested in.”

Talent today looks at the job market like a consumer, said Regions’ Studstill.

“That means that, to the extent they can, if they have the ability to move anywhere or do anything, they will,” he said. “They make decisions based on what fits in their life, and if they are more connected to the community around them and see it as a place where they can live their best life, the more likely they are to stay. That’s the unique value of OnBoard Birmingham – it gets people to fall in love with Birmingham.”

Participants build an affinity for Birmingham, grow their professional network and leverage their talents to position themselves for growth opportunities within their respective companies. The program runs from August to December and includes leadership development sessions where participants will hear from Birmingham historians, business leaders and public servants on the city’s history, revitalization and economy. Participants can also attend events held at some of Birmingham’s most popular restaurants, bars and breweries, as well as have the opportunity to serve the community they now call home.

“OnBoard gave me a very easy way to meet new people and learn about my new home,” said Landon Acriche, market specialist at Alabama Power Co. and Venture for America alumnus who participated in OnBoard from 2015 to 2016. “The events were very casual, and each exposed me to a new aspect of Birmingham, from its industrial beginnings and civil rights history to recent economic development efforts and culinary advancements.” 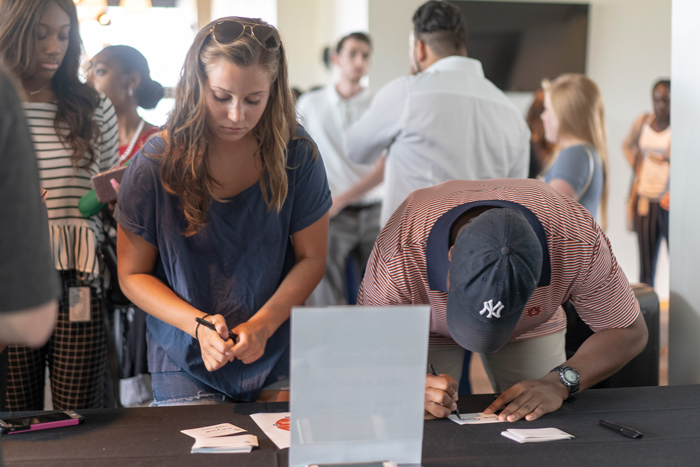 This year, OnBoard has partnered with networking app Mixtroz to help participants make meaningful connections with people outside of their company at OnBoard events. At networking events, people tend to gravitate towards familiar faces, but Mixtroz helps people not in the same company or industry start conversations and build relationships with others outside of their immediate network.

Over 20 companies are participating this year, including Regions, Encompass Health, BBVA Compass and Southern Research. Participants are employed in industries ranging from education to banking, information technology and health care. OnBoard has served nearly 500 participants in its five years, and Regions has 11 employees in OnBoard’s current cohort.

“OnBoard Birmingham has delivered on its value proposition,” Studstill said. “People who have gone through the program tell us they’ve learned things about Birmingham they never knew and appreciated Birmingham more than before and had fun doing it. It’s definitely had an impact on our retention and talent.”

When high-level talent is retained in the city, it’s a win for Birmingham, Smith said.

“We are building ambassadors for a greater Birmingham,” she said. “They will go on to tell their former classmates, friends and family that Birmingham is a cool place to live. Though to some that may be small, but that will help spur growth and attract talent, to visit or consider a job here.”